It’s nearly March (where did January and February go?) and I haven’t been on a proper trip yet. Actually, that isn’t necessarily true, whilst I was back in England for Christmas and New Year, I did visit with friends in Gloucester and Manchester for a few days. But, I’m not counting those little jaunts as they definitely counted as social visits. So, with that in mind I decided it was time to nail down a plan of action for the rest of year and give myself something to look forward to.

These are the trips that are already booked, or may as well be and are definitely happening.

My first trip of the year is coming up very soon. I’m off to Seattle, more specifically Ballad and Capitol Hill with some of my best adventure buddies, we went on one of my favourite trips ever to Hawaii together back in 2012. All of us have been to Seattle numerous times before (one of the perks of living in Vancouver) so I’m excited to get out of the downtown area to explore some new neighbourhoods and find some fun breweries and coffee shops to fill the days.

Harrison Hot Springs is a unique little town that is less than two hours drive from downtown Vancouver, and yet it feels like a world away. It is a tiny little town situated in the Fraser Valley around the south end of Harrison Lake. I have been there briefly before, and by briefly I mean a few hours where we stopped for an ice cream and stretched our legs. So I am thrilled to be heading back there for a weekend in June with two friends for our annual weekend getaway. In previous years we have gone to Seattle, Vernon and even attempted camping at Cultus Lake, so it will be great to be able to relax and explore the surrounding areas a bit more in depth, and maybe even spot a Sasquatch. 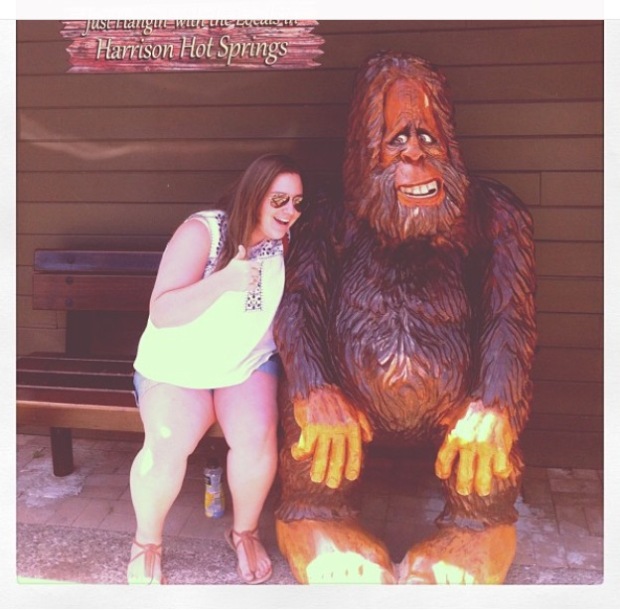 Last time I went to Harrison I made a friend.

These are safe bets that they (most likely) will happen this year, but nothing is booked yet.

My cousin and her family have just moved to Silicon Valley through her husbands work. So I will definitely be taking advantage of this and giving them a visit at some point this year, once they are all settled in. San Francisco has been on my list of places to visit for some time so this seems like the perfect opportunity to kill two birds with one stone and even explore a bit further afield; Berkley, Napa Valley and Carmel are all on my list.

It has become a tradition in our friendship group that we go away for Christmas to a cabin in the woods, for the past few years we have gone to a lovely little cabin in Mount Baker, Washington. Last year I went back to England for Christmas and that was fantastic to be surrounded by family and old friends, however I couldn’t help but feeling like I was missing out by not being at the cabin. I was offered some constellation that due to the weak Canadian dollar my friends weren’t at “our cabin” and instead had gone to a cheaper alternative. There has been some discussion already about Christmas 2016, and even though the Canadian dollar isn’t looking so great at the moment, I’m sure we will find a cabin to suit our needs, even if it isn’t “our cabin” that we love so much!

Our Christmas cabin in Mount Baker.

These are the places that I would like to go to this year, but it will all come down to funds and the amount of vacation time I can get from work. Some are a lot more achievable than others.

As I’ve already said in this post, the Canadian dollar is weak at the moment, which means going down to The States isn’t as cost effective as it once was, not that that is stopping me, but it is definitely making me think. That said, domestic travel is extremely expensive in Canada (the country is huge after all) so traveling between provinces is not as easy as I thought it would be when I first moved out here. I’ve lived in Canada for five years now and have yet to leave the British Columbia and explore some of the other beautiful provinces in this stunning country. Top of my list is definitely Montreal. I have got a couple of friends who have been and loved it. From all the research and pictures I’ve seen it seems like a city in a bubble with some beautiful building and a bit of a party atmosphere, plus it’s the home of Poutine, yum!

Once again, a part of Canada that I am yet to experience, and definitely up there on my list. I’m not into winter sports or super outdoorsy, so I think a trip in the summer would be more up my alley, and the chance to see Lake Louise in the sunshine, is something I definitely want to do. I know my mum is planning on coming out to visit this summer, so I think this trip would be a nice thing to do with her.Plus the road trip to there would be pretty epic in itself.

Iceland has been a country that I have wanted to visit for years, and it is definitely one of the countries I wish I had visited when I was still living in England, where it is a lot cheaper to get to. Having done some research, it is definitely still a doable trip even from Vancouver, but it might also be something I save for the next time I go back to England and make an extended stopover.

Costa Rica is one of those countries that constantly comes up when I am browsing through the travel section of Pintrest. Not only does it look like there are some stunning beaches (I’m a sucker for a beautiful beach) and glorious lush rainforests and jungles, but it seems like there is a new adventure around every corner.

I definitely feel a lot better about not having a lot booked so far, having written this all down. I know I am not going to be able to go on all of these trips this year, unless there is a lottery win involved, and my vacation time through work doubles, but I am going to do my best to see and explore as many new places as possible. I will be making the most of the three day weekends coming up in the summer and attempting to explore the beautiful city I live in a bit further.