A few weeks ago, I had a bit of a “treat yo’self” moment and decided that I wanted to escape for a few days. After a bit of browsing and comparing, I decided that flying into LA was my cheapest option (even with the Canadian Dollar being so low) so from there it was just a case of deciding where to go. I settled on Ojai (pronounced “oh hi”) partly because I’d never been there before and partly because I wanted to go somewhere a bit different.
Here is my guide to beautiful Ojai.

Stay:
I stayed in the Ojai Rancho Inn, and I really loved it. It was a little bit pricier than I initially wanted but it had great reviews, had a pool, free bike rentals and was pretty close to the Downtown area. I’d done some research before leaving but the staff at reception offered me a sheet with a list of local favourite restaurants and shops which was really helpful. There was free coffee in the morning, which is always a positive (I am not a morning person!) Another added bonus was that they had a small bar which played vinyl and served local wine and beer – win!

Eat:
I did not have one bad meal whilst I was in Ojai, everything was scrumptious! I’d done a bit of research online before getting there, and combined with the list the hotel provided I was able to get a taste of Ojai. Here are the places I ate whilst there.
The Farmer and the Cook
Looking for something delicious, healthy and laid back then this is the place for you. Half market, half cafe/restaurant, they serve yummy vegetarian food. I had the Goat Cheese and Veggie Taco’s and they were divine!
Knead Baking Company
If there is one thing I love in life it’s carbs, so finding a yummy bakery is a no brainer. Knead definitely delivered with their Nutella filled Croissant. Honestly, everything on their menu looked and sounded delicious. Plus there was a lovely little courtyard to relax in.
Hip Vegan
This place does what it says on the tin. Tucked away down an alley, this place is pretty low key, and was filled with locals. They have a huge menu that includes sandwiches, wraps, salad and rice bowls. I had the Echo Beach Bowl which I would recommend without hesitation it was so good!
Ojai Ice Cream
Sometimes you are just wandering along and fate steps in and presents you with an ice cream shop. I tried their White Chocolate Gelato, but it was tough to narrow it down to just one flavour from all the choice they had.
Deer Lodge
A bit further out of town but definitely worth the drive, this place has a great beer selection and offers farm to table menu. I opted for the Mac and Cheese which was part of their small plates options. It was indeed small, but delicious. I had an early meal and the place was really relaxed but it sounds like it can get pretty crazy later in the evening as they often host live music events.

Veggie Taco’s at The Farmer & The Cook

Shop:
For such a tiny city, I was really pleasantly surprised by how many unique stores Ojai had to offer. Here are my top three picks, all of which I had read about before I left, and were on the hotel list, and I was definitely not disappointed.
Fig Curated Living
Full of the cutest gifts you ever did see, this place is a treasure trove that took me two (okay, fine three) loops around before I made my final decisions on what to treat myself to. They have some cool handmade stuff that is locally made. A must if you are looking for something unique.
Bart’s Books
I love books!!!! So any chance I get to go and explore a book store is more than fine by me. Especially when it is as AMAZING as Bart’s Books. This bookstore is outside, with sails providing shade from the sun. I spent well over an hour just browsing before the arduous task of deciding what I wanted to get started, this basically involved another loop around the place.
Summer Camp
This place was right out of my little hipster dreams. It was beautiful. It was full of dreamy products. Everything in there was beyond unique. I could have spent so much money. I has a constant mantra in my head that I was on a budget and only had hand luggage, but boy if the tables were turned I could have done some serious damage. Definitely a place to check out and grab a one of a kind items. 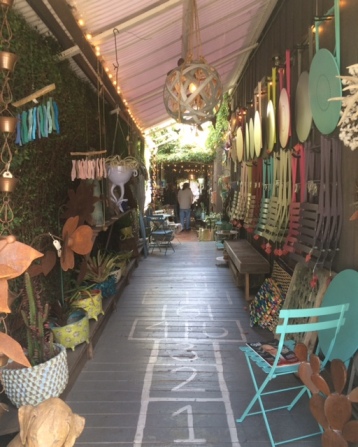 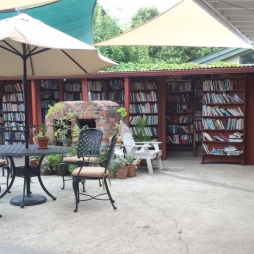 Do:
I didn’t go away expecting to fill every minute with activities, in fact, I was quite looking forward to a bit of downtime and a change of scenery. Ojai is definitely one of the more laid back places I have been, which was exactly what I was looking for. There are lots of local hikes, and some tours are available of the Olive Oil Ranch and some of the vineyards, but on the whole there isn’t a ton to do. I had wanted to hire a bike (the hotel had free rentals) as there is a 9 mile trail running between Ojai and Ventura. However, it was overcast and a bit chilly and I hadn’t packed the most practical clothing, so I opted to give it a miss this time. I didn’t do too much but I enjoyed what I did do.
Ojai Valley Museum
The Ojai Valley Museum is small, meaning you can make it around in 15-30 minutes, but it is full of information about the history of this small city.Entrance was $5 and whilst I was there they had a cool art exhibit featuring local Ojai Valley artists.
Go for a drive
The Ojai Valley is beautiful and I highly recommend that you go for a drive around to see all the natural beauty. On my way back to the airport I drove over to Ventura as I had been told that there was a part of the 101 where you can do a coastal drive along the Pacific Coast Highway. It was totally worth the detour as the views were stunning (even if it was a bit overcast) and there were so many places to stop and admire the Pacific Ocean.

Getting there/Getting around:
It’s about a two hour drive form LAX, however if you’re flying into Santa Barbara Airport it’s only about an hour away. Getting around with a car was nice and easy and there was a lot of free parking around which is always great. I would say having a car is definitely the easiest option when it comes to exploring. Hiring a bike would also be a pretty fun way to see the city. I did notice that there is the Ojai Trolley too which seems like a good way to do some sightseeing, the only downside is that you are then on someone else’s schedule and route.

I would definitely recommend Ojai for a great weekend escape. The people were friendly, the food was delicious, and the scenery was stunning. Happy exploring!

When it comes to reading there is no doubt that my favourite stories are those that inspire me; inspire me to travel, to become a better person (in a non cheesy way) and to live the life I want to. So here is a list of my top ten books about travel, going on adventures and generally experiencing this amazing world we live in. 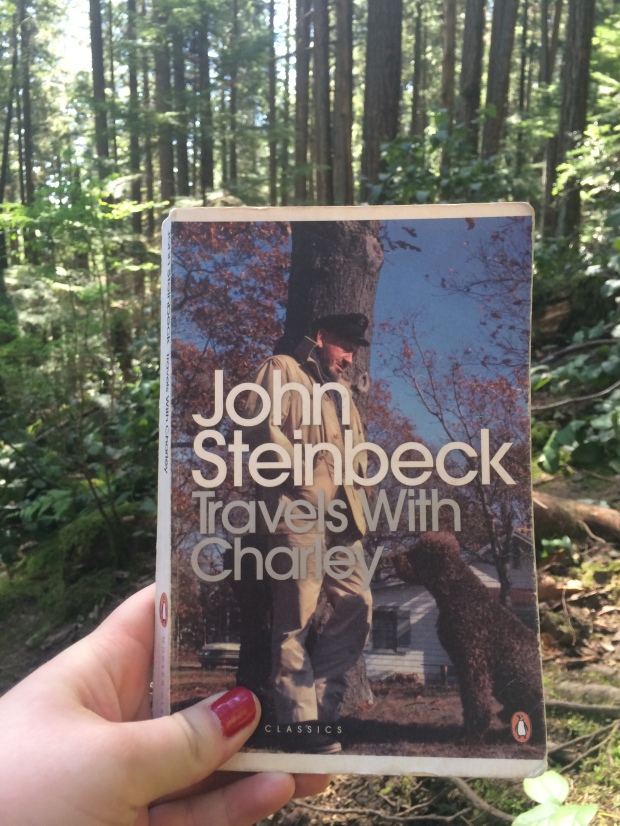 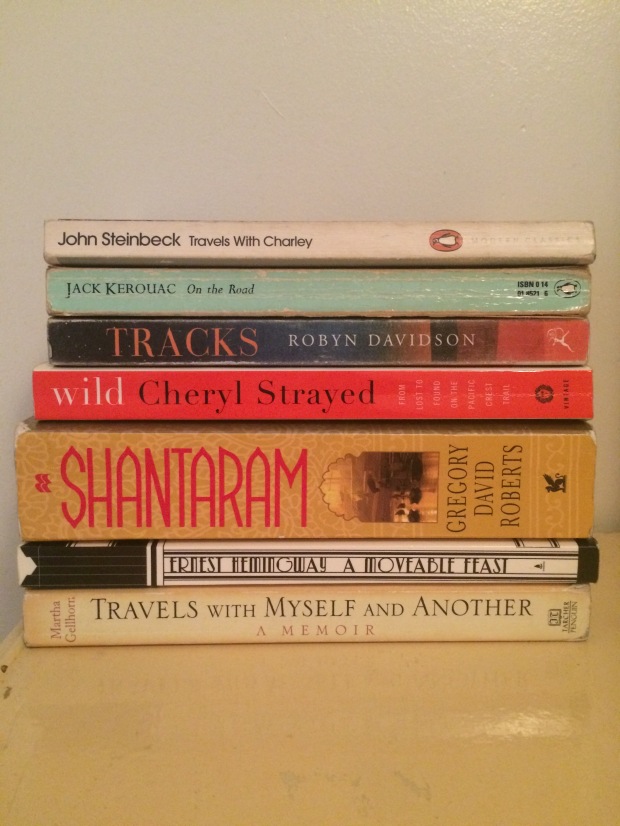 This list was harder to make than I anticipated when I started, so I would just like to list the honorable mentions who didn’t quite make the top ten.
On Paris – Ernest Hemingway.
Into the Wild – John Krakaeur.
My Life on the Road – Gloria Steinem.
Discovering Beautiful: On the Road to Somewhere – Rory Miller.
Love, Life, and Elephants: An African Love Story – Dame Daphne Sheldrick
The Little Prince – Antoine de Saint-Exupéy
Any Human Heart – William Boyd
And of course, anything by Bill Bryson.

Got a recommendation or a favourite book about travel that didn’t make the list? Let me know in the comments, and happy reading.