I’d heard a lot about Brisbane before getting there and the majority of it wasn’t great. One girl basically looked at me like I was mad when I said I had four days there, assuring me that I could do everything in half that time, and many people I spoke to had missed it altogether on their east coast travels. But I wanted to go, I’d worked with a girl who did her semester abroad there and absolutely loved it, and as always the FOMO won!

Stay:
I stayed at Bunk, and really liked it. It wasn’t in the most central of locations, but it was in a cool area, and it was still easy to get around the city. I had decided to treat myself to a 4 person deluxe female dorm, as I needed a break from the wet towels on the floor that boys tend to have a habit of leaving. The room was nice, with an en suite and lockers,  although I experienced the squeakiest bunk bed I have ever encountered in my life. The hostel give you 30minutes of free wifi a day and then after that its $2 for 24 hours. They had a daily free breakfast and a bar attached to the hostel.

Do:
South Bank
This was definitely my favourite part of the city, it was a great place to just wander around and take in the sights. Make sure you stop by the Brisbane sign (for the ‘gram if nothing else ;))  and also check out the artificial beach/lagoon.

Brisbane Wheel
I don’t know why I always go on these ferris wheel type things, because as soon as they start I remember that I don’t particularly enjoy them! I would describe the Brisbane Wheel as a poor mans version of the London Eye, and is normally one of those tourist traps that I would avoid. However, Brisbane isn’t exactly a touristy city, and there isn’t too much else to do there. Its a 12minute ride with commentary, and if you do decide to do it check out Groupon first. A nice lady told me to get my ticket from Groupon as I was lining up and saved me $8! 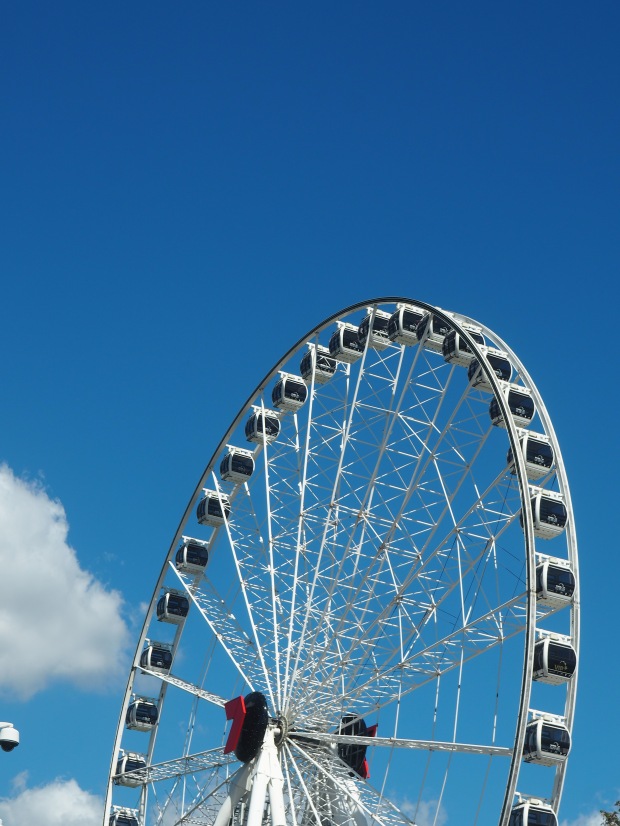 Mount Coot-tha
Honestly, by my Vancouver standards, I don’t know if I would call this a mountain, maybe a really big hill … I mean the bus drives you right up to the top… But, it does provide beautiful views of the city, river and surrounding area’s. Once at the top there are a few trails to do if you fancy, otherwise there is a cafe and a restaurant. I managed to get there and back on the same bus ticket and have a drink and muffin at the top.

GOMA
Or the Gallery Of Modern Art is just a bit further along the South Bank nestled behind the State Library. It is free to get in unless you want to see the featured exhibit, which I wasn’t particularly bothered about, and has three floors to explore. Definitely worth checking out.
Eagle St Pier
This is the perfect spot if you want to go to a nice restaurant, and do a bit of people watching. There are loads of restaurants and bars dotted along this part of the river, which also happens to be one of the City Hopper stops.
Botanical Gardens and Roma St Parklands
If you want somewhere nice to just have a wander around, I would recommend either or both of these places. Both are free to get into, and both have the option of free guided tours too. I preferred the Roma St Parklands to the Botanic Gardens as there was a bit more diversity and variety between the different sections which I really enjoyed. That said, the Botanic Gardens had plenty to see, and was easy to get around in a short time.

Queen St. Mall
I’m not going to lie, it was nice to be able to look around some decent shops again. There is nothing particularly special about the Queen St Mall area except it’s pretty big, and if you’re looking to spruce up your backpack wardrobe this is the place to do it.

Getting Around:
The city has it’s City Hopper Boat which is a free service and takes you to six stops along the river. This was literally a lifesaver getting around, and also a great way to take a free river cruise. Just don’t get confused and jump on the City Cat which is not a free service and will charge you!

All in all, I quite enjoyed my stay in Brisbane as it was nice to be back in a big city again after so long. It definitely isn’t a tourist city, and sadly the girl who looked at me like I was mad was correct, I definitely could have done everything in two days. Definitely a weekend destinations. It’s a weird one, I could have been quite happy staying there longer, if I had a job or something else to keep me there, but also quite happy if I never weren’t back there again. It’s a bit of a generic river city, that is just missing that special something. That said I do think it is a bit of an underrated destination and is definitely worth considering if you are doing the east coast, a lot of the “attractions” are free and it definitely breaks up the middle section of the journey.