I have been wanting to go to San Francisco for so long, and I finally made it happen! Luckily it more than exceeded my expectations, and all the hype my friends had had was not misplaced. I had two and a half days in the city, and although I covered a lot I feel like I hardy scratched the surface, which in my opinion is the perfect excuse to go Hotel Mark Twainback and explore more in the future.

Views from the rock

Views from the ferry

Stay:
I stayed at the Hotel Mark Twain which was conveniently located just a few blocks away from Union Square. It was pretty reasonably priced (for San Francisco) given the location. It even had a secret garden tucked away out the back that was the perfect place to sit and sip a coffee and hideaway from the city for a little while. The staff were also helpful, when it came to advice on directions and places to avoid, and there was a helpful guide book in the room that listed some local restaurants and bars. I would definitely stay here again, the bed was comfy, the place was clean, there were some quirky touches and like I already said the location was pretty great.

The secret garden in the hotel

Getting Around:
San Francisco was a surprisingly easy city to navigate, and the public transport was pretty easy to master. I did a lot of walking whilst in the city, mainly because it is my favourite way to explore a new city and stumble across something unexpected. I used the BART to get from the airport to the city, which cost $8.95 and was painless. I also took the MUNI  a couple of times, which is $2.25 for a 90 minute transfer. Leaving San Francisco to head to San Jose I used the Caltrain, which was painless, and cost $12.95, the journey took just under two hours and was a great way to head into the Silicon Valley area without hiring a car. Of course the most fun way to get around is on a cable car, it was $7 for a single ride which was all I needed to do. However, it is worth bearing in mind that for $20 you can get a day pass and ride as much as you like.

Things to do:
There is so much to see and do in San Francisco, I feel like what I saw was just the tip of the iceberg. I’ll admit I went into full tourist mode, in an effort to see as much as I could in the little time I had. In my two and a half days in the city I managed to see Alcatraz, Union Square, the Golden Gate Bridge, the Coit Tower, Ghiradelli Square, Pier 39 and Fisherman’s Wharf, North Beach, Lombard Street, Chinatown, the Ferry Building, Twin Peaks and to squeeze in a ride on the infamous cable cars. I also did a Vantigo Tour which was a great way to see the city in a more authentic way than some of the bigger tour buses, and the tour guides were insightful and hilarious. The tour also took me to some of the places that were on my list but I knew would be a bit tricky to get to, which was super convenient.
My highlights were definitely seeing the sea lions at Fisherman’s Wharf, the views from Twin Peaks, riding the cable cars, and of course seeing the Golden Gate Bridge in person. 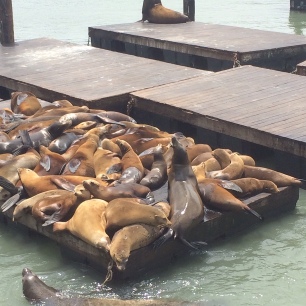 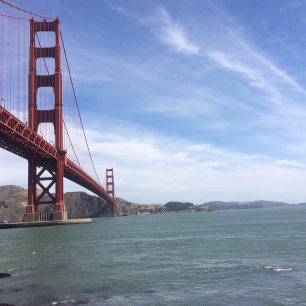 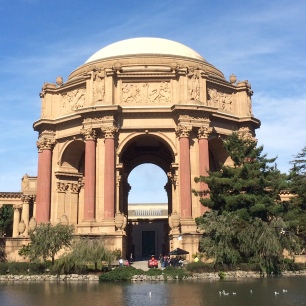 To say I loved San Francisco would be a huge understatement. I ran out of time to do all the hundreds of things that I wanted to do, but I am definitely looking forward to going back in the future, exploring some of the neighbourhoods in more depth, and ticking more things off my San Francisco bucket list.